The Darwin Project is a 501 (c)3 charitable organization

The Darwin Project, Inc. is a 501(c) 3 charitable organization founded in Cambridge, Massachusetts in 2008 by Jonathan Haar and Linda Mongelli Haar. The Darwin Project’s inception was in 2003 with the two of us rounding up friends and colleagues to implement community-based charitable projects as the expression of our social activism. Our first projects included: a STEM initiative taking 3rd to 5th grade girls to the Franklin Park Zoo for tours by female role model zoo keepers and veterinarians; pro bono design of the conservatory building and exhibits/curriculum for the Boston Botanical Garden & Conservation Learning Center ( wwww.darwinboston.org); design of a self-contained transportable surgical suite out of used cargo containers for global surgery use; annual packaging of Christmas care packages for our troops still in harm’s way, with the assistance of our friends at Turner Construction and the support of Hanscom Air Force Base for delivery.

In addition to our fundamental mission of direct, hands on social activism, the Darwin Project is now also providing seed funding grants to launch promising ideas which support our mission. The Darwin Project supports relatively small existing charitable initiatives through grants which will serve as catalysts to move their programs forward to their next step of success. Our primary geographic area of focus is our greater Boston area community. With a broader lens, we also are involved in health care provision in low and moderate income countries where a small infusion of funds or provision of practical new technologies can generate broad positive public health changes.

The Darwin Project has seven primary areas of interest on which to focus its support:

Our areas of interest and the specific projects we elect to support are meaningful to us because of our own life experiences and interactions with people who are trying to better our world. We are privileged to be able to share our experiences and to contribute.

Linda Haar gives credit for her desire to create positive change in the world to her parents who emphasized that the most important attribute to foster was always being kind to others and understanding what it would be like living in their shoes. She was raised in a rural setting where nurturing of plants and animals was a daily activity. Linda majored in Earth Science at Boston University where she was initially influenced by the writings of Rachel Carson and by the environmental movement of the sixties and seventies. She began working in environmental and land use planning for the City of Boston, and in the second half of her thirty years of public sector work she was Director of Planning for the Boston Redevelopment Authority. She received her Master of Public Health degree from Harvard University, and was a Loeb Fellow at Harvard University Graduate School of Design. These working and academic experiences along with her avid hiking and exploring of the natural environment with her husband have clearly influenced her current environmental and charitable work.

“A single act of kindness throws out roots in all directions, and the roots spring up and make new trees.”
Amelia Earhart

Jonathan Haar grew up in an academic household in Cambridge, MA and Washington, DC where he was exposed to learning about the world beyond his own city, and to understanding that anyone can make a difference. As a teenager he was befriended by Buckminster Fuller who expanded his imagination in looking at the planet, “Spaceship Earth”.  He received his AB degree in Visual Studies from Harvard College where he had the privilege of studying with the renowned anthropologist/documentary film maker Robert “Bob” Gardner. Professor Gardner taught him not only to look at the world with an open and non-judgmental mind, but also to be compassionate toward those who were disadvantaged. Bob was his mentor long into his elder years and has remained his hero. After a stint in the film industry, Jonathan received his Masters of Business Administration from the Wharton School. He then established his own planning and construction company – Harbor Planning Group, where he worked on projects ranging from construction of large scale complex development, to affordable housing, to building the first waterfront park on Boston’s Harborwalk. Jonathan has been an avid climber and winter mountaineer since his teens and has seen first-hand the dramatic changes that global warming has impacted on our planet. This has sharply influenced his work on green energy technology and on the Darwin Project.

Looking Towards The Future

“As we look toward the future we reflect on all of the constituent moments, that in aggregate makeup one’s being.

The solidarity of these memories, make up one’s life. Is it a life well lived?

We will all be as red dust when this life has past, except as in memories of those who still remember.

Yet there always is time for the living for revision, which is our blessing and curse.

Given that inevitable conclusion, we have no choice but to try to better ourselves, touch those around us, shape and challenge our community, and ultimately change the world — and thus leave a lasting memory.”
JH

Please follow the Darwin Project’s work and support us if possible. 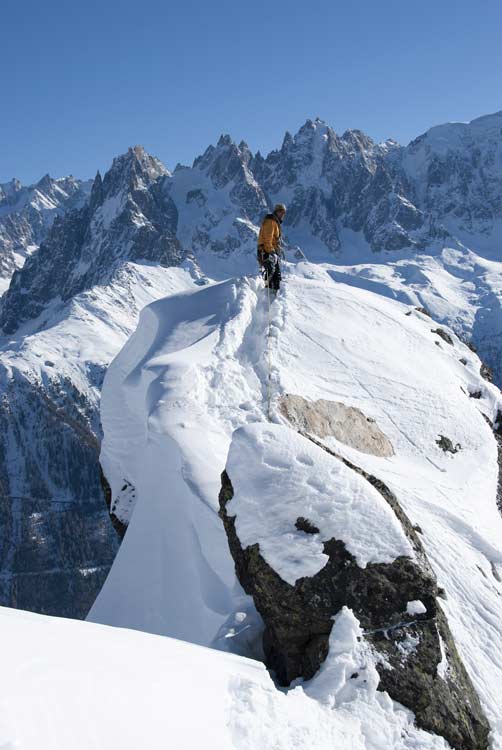 Do you have a project that fits the Darwin Project?